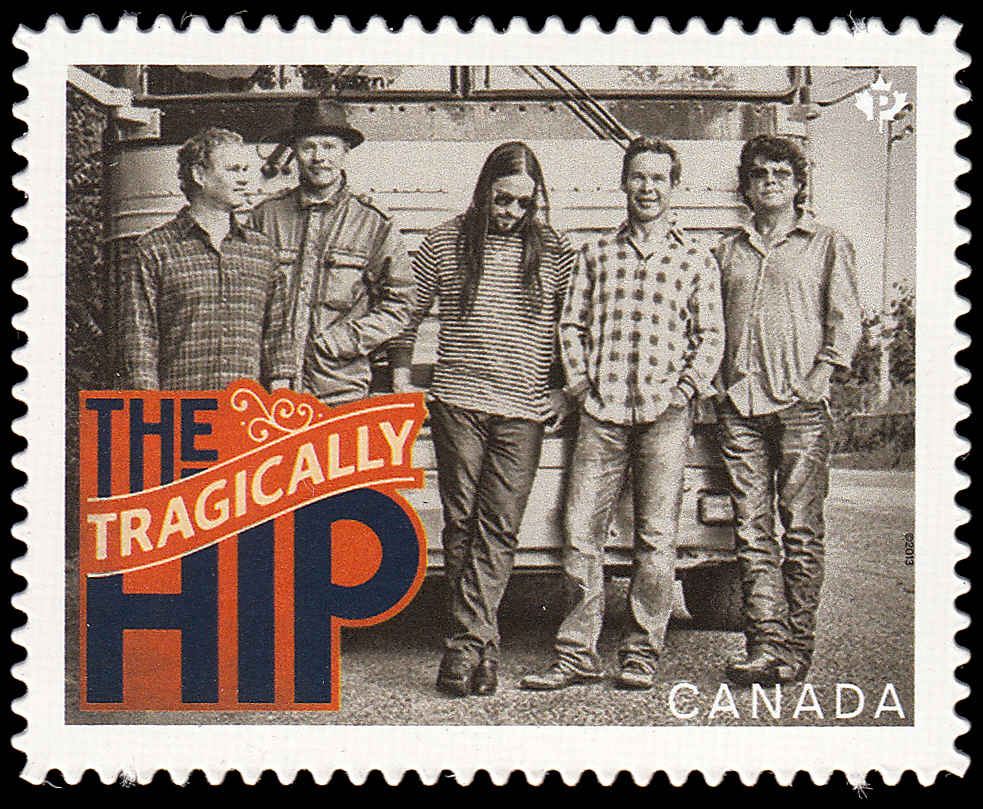 Gord Downie is featured alongside his band, The Tragically Hip, on a stamp issued by Canada Post in 2013.

Legendary Canadian artist Gord Downie died on Tuesday evening at the age of 53 after being diagnosed with an aggressive and incurable form of brain cancer known as glioblastoma in December 2015.

Downie shared his diagnosis with Canadians last May, on the same day his Kingston-based band The Tragically Hip—rounded out by Paul Langlois, Rob Baker, Gord Sinclair and Johnny Fay—announced a final summer tour. The 15-show “Man Machine Poem” tour became a cultural event as Canadians from coast to coast tuned into a free CBC broadcast of the final concert, which was held in Kingston on Aug. 20, 2016. 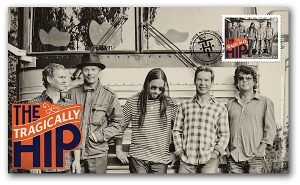 Downie died on Oct. 17 surrounded by his children and family.

In 1966, Wenjack died of exposure and hunger after running away from the Cecilia Jeffrey Indian Residential School in Kenora, Ont.

“Chanie haunts me. His story is Canada’s story,” said Downie in a statement to mark the album’s release. “This is about Canada. We are not the country we thought we were.”

This fall, Downie also announced he was working on another solo album, this a double album entitled Introduce Yerself, which will include 23 songs and be released next week on Oct. 27.

Downie died surrounded by his children and family, according to a statement on the band’s website.

Last night Gord quietly passed away with his beloved children and family close by.

Gord knew this day was coming – his response was to spend this precious time as he always had – making music, making memories and expressing deep gratitude to his family and friends for a life well lived, often sealing it with a kiss… on the lips.

Gord said he had lived many lives. As a musician, he lived “the life” for over 30 years, lucky to do most of it with his high school buddies. At home, he worked just as tirelessly at being a good father, son, brother, husband and friend. No one worked harder on every part of their life than Gord. No one.

We would like to thank all the kind folks at KGH and Sunnybrook, Gord’s bandmates, management team, friends and fans. Thank you for all the help and support over the past two years.

Thank you everyone for all the respect, admiration and love you have given Gord throughout the years – those tender offerings touched his heart and he takes them with him now as he walks among the stars.

The 2013 series also included Rush, Beau Dommage and The Guess Who.

Each stamp in the series measures 32 mm by 32 mm with simulated perforations. The official first-day covers were cancelled in Winnipeg, Man. (the Guess Who); Toronto, Ont. (Rush); Kingston, Ont. (The Tragically Hip); and Montréal, Que. (Beau Dommage). The stamps are available in booklets of 10 stamps, a set of four booklets and a souvenir sheet of four stamps.

Throughout their career, The Tragically Hip won 16 Juno awards—more than any other band—and received the Order of Canada; a Governor General’s Performing Arts Award; an honorary fellowship with the Royal Conservatory of Music; a star on Canada’s Walk of Fame; and an induction into the Canadian Music Hall of Fame.