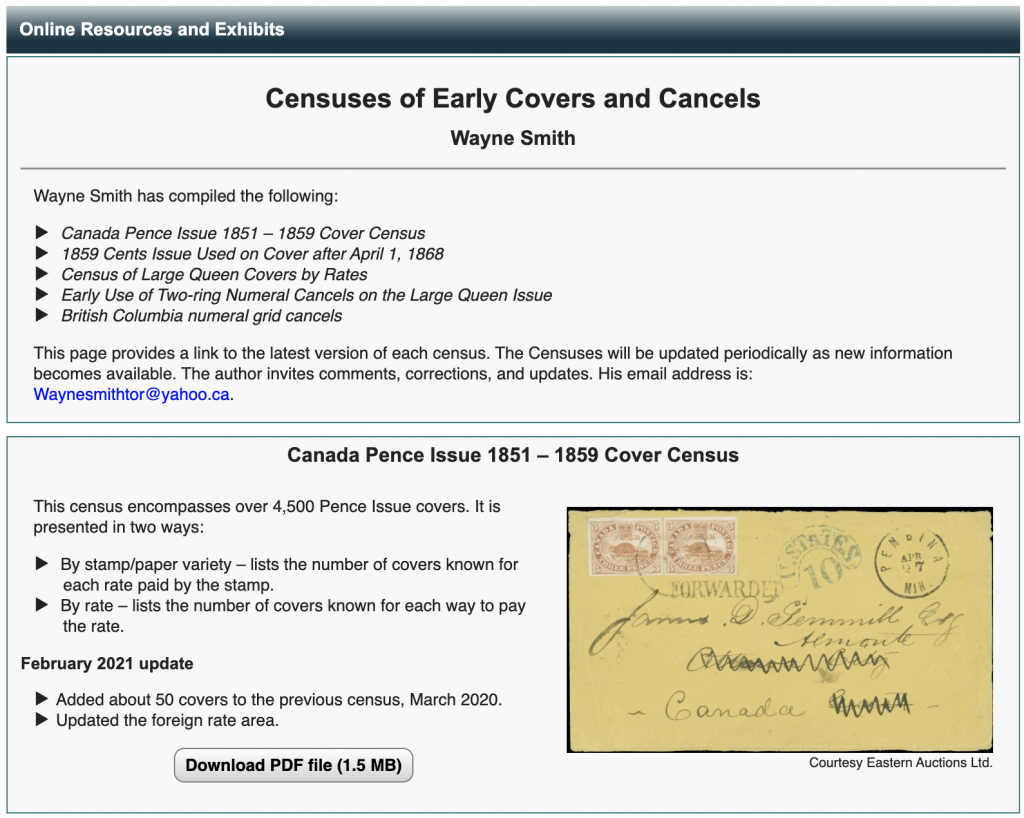 Wayne Smith, a member of the Pence-Cents Era Study Group, recently added more than 50 listings to his 1851-59 Pence cover census.

To view the census, visit bit.ly/2YTWYlM.