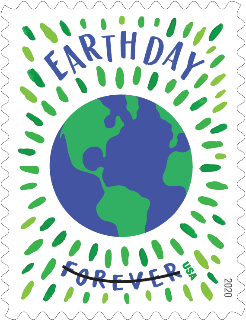 Since its last dedication ceremony on March 4 in Orlando, Fla., the U.S. Postal Service has cancelled four first-day ceremonies, including one on April 18 for its Earth Day stamp.

Since early March, the U.S. Postal Service (USPS) has cancelled four first-day ceremonies because of the COVID-19 outbreak.

On March 13, the Maine Bicentennial Commission postponed the state’s 200th-anniversary celebrations, which were slated to begin two days later and include a first-day ceremony for the “Maine Statehood” Forever stamp.

On March 23, the USPS cancelled three first-day ceremonies based on the guidance of the U.S. Centers for Disease Control, which is advising against social gatherings of 10 people or more.

The cancellations include dedications for:

The USPS also stated it “will try to reschedule the dedications at a later date.”

While the first-day ceremonies are cancelled, the stamps are still available for purchase online and at post offices.

The USPS was also slated to issue a Chrysanthemum stamp on April 24 at the now-cancelled Westpex 2020 in Burlingame, Calif.

The postal service’s previous first-day ceremony – for a commemorative stamp honouring golfer Arnold Palmer – was on March 4 in Orlando, Fla.