First of the first: earliest known Penny Black up for auction 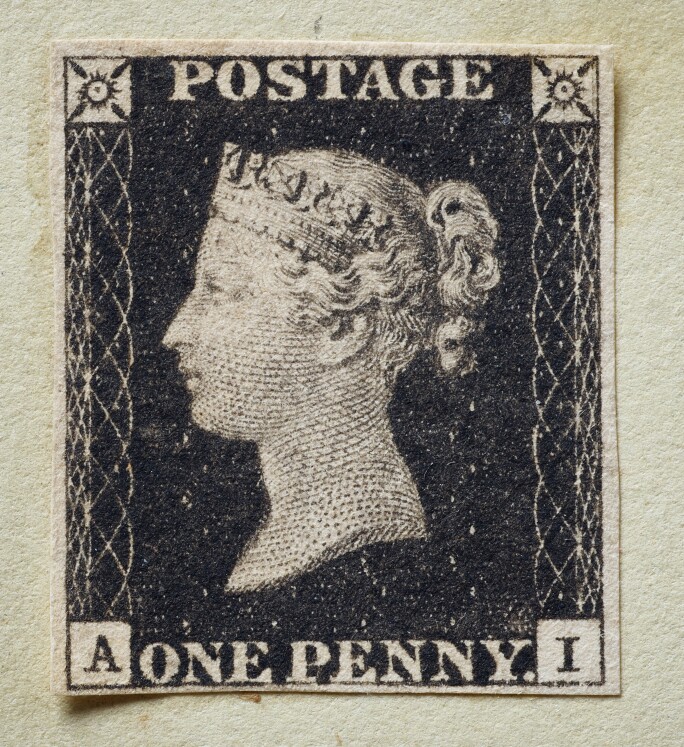 The earliest known Penny Black, the beginning of a more than 150-year communications revolution, is up for auction in the United Kingdom on Dec. 7. Photo via Sotheby's.

The England auction house Sotheby’s will offer the earliest example of the world’s first postage stamp at a Dec. 7 auction in the United Kingdom.

The British firm called the seminal stamp “one of the most significant inventions in human history, the precursor of mass and global communication as well as the keystone and lynchpin of one of the world’s most popular collecting disciplines.” Dating to 1840, the example on offer next month “represents the birth of a device that would be central to the birth of mass communications across the globe for more than a century and a half and that still has not been completely supplanted by newer technologies,” the firm added.

The unused stamp features what auctioneers called a “pristine” impression from Plate 1A, the first printed sheet, with the check letters “A” and “I” in the bottom-left and -right corners, respectively.

It’s attached to the “Wallace Document,” which British businessman and ebullient philatelist Alan Holyoake acquired nearly a decade ago.

After a three-year research project leading to certificates of authenticity from the British Philatelic Association in 2015 and the Royal Philatelic Society London in 2016, the document and stamp will cross the block on Dec. 7 as part of Sotheby’s “Treasures” sale. It’s estimated at £4 million to £6 million (about $6.75 million to $10.13 million Cdn.).