Wait for me Daddy stamp on sale today 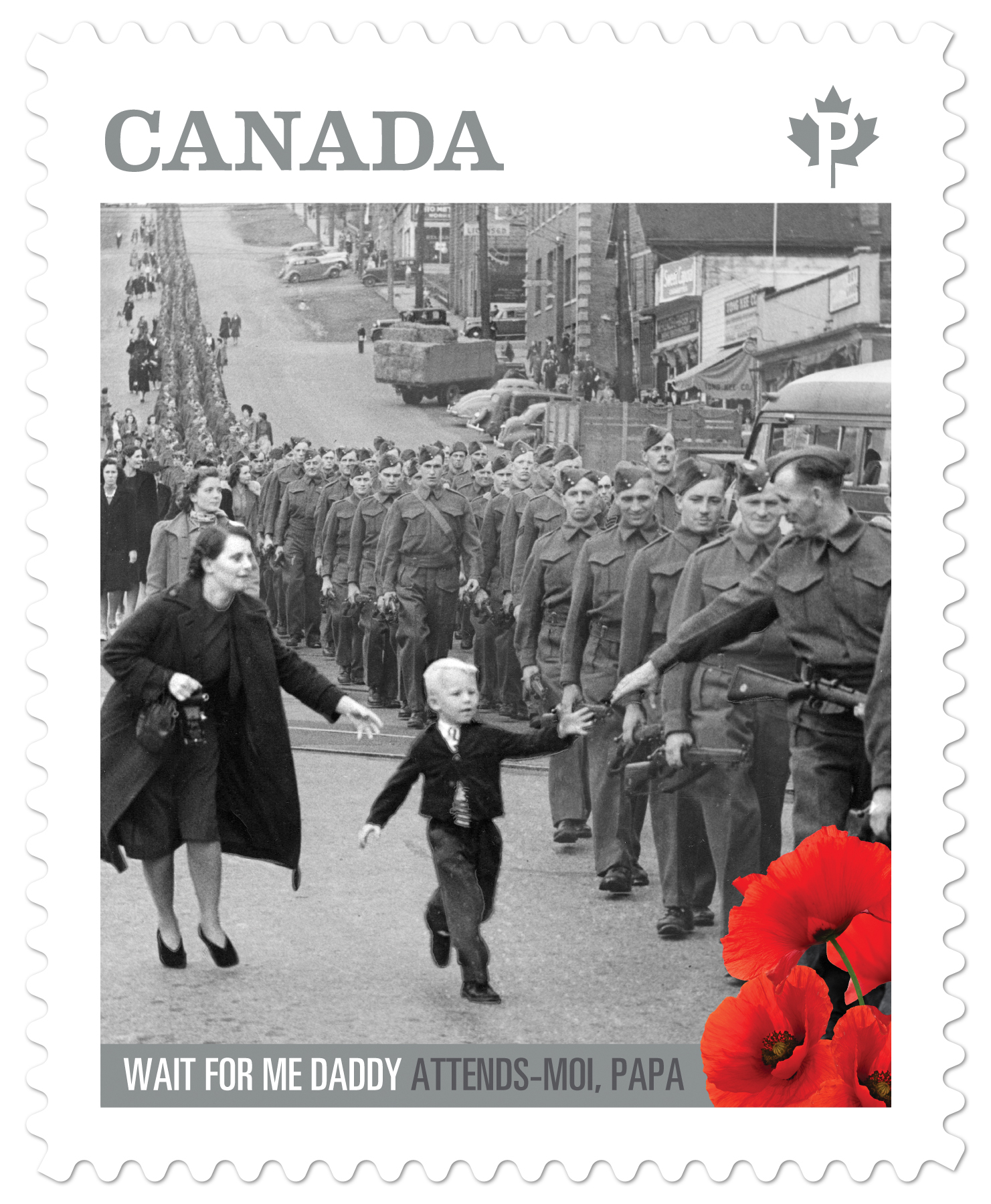 Canada Post has unveiled a new permanent-rate commemorative stamp, based on the iconic Canadian image of the Second World War, Wait for me Daddy.

The picture taken on Oct. 1, 1940, shows Warren “Whitey” Bernard, running to his father Jack, his mother Bernice trying to catch catch him back.

Jack Bernard’s regiment, the British Columbia Regiment, was leaving for an undisclosed location, after being mobilized for service in the Fourth Canadian Infantry Division. The photograph was shot by Claude Dettloff, a photographer for the Vancouver Province.

The photograph appeared the Province the next day, and was picked up by newspapers and magazines around the world. The young lad became a celebrity, and spent six weeks touring British Columbia, appearing in bond drives.

The stamp launch was part of a ceremony todayin New Westminster, B.C., which included the unveiling of a sculpture based on the photograph, and a commemorative $2 coin from the Royal Canadian Mint. The ceremony

Collectors able to attend the event were able to purchase stamps, or exchange an old toonie for a new one.