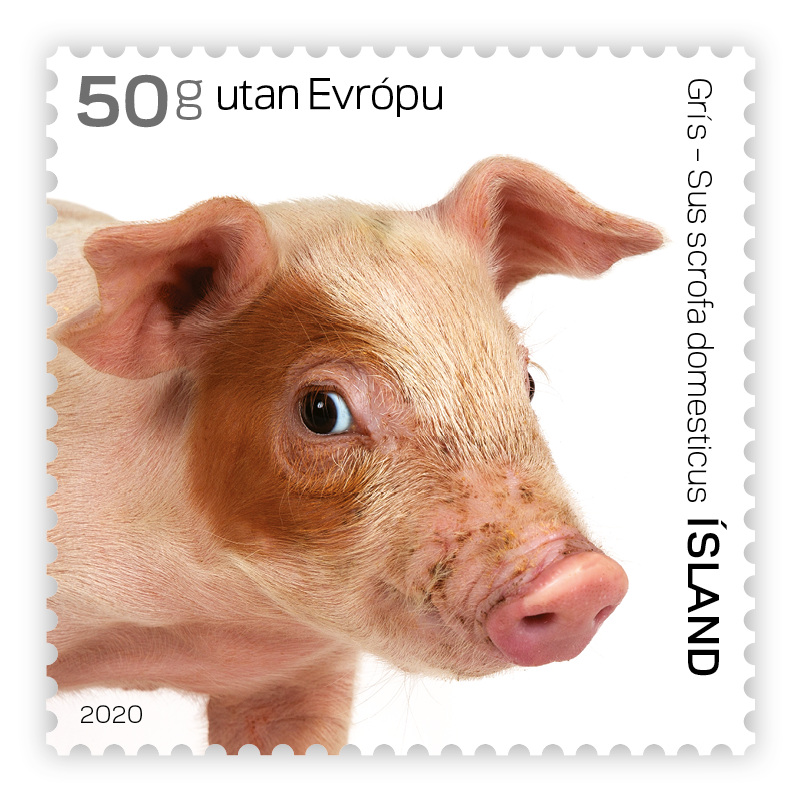 A stamp depicting a piglet is among the second-last sets issued by Iceland Post.

As it prepares to stop issuing stamps next year, Iceland Post announced its only two issue dates for 2020.

On May 7, the Nordic nation’s postal service is slated to issue 11 stamps highlighting eight subjects, including the centenary of the Icelandic Meteorological Office, the Supreme Court of Iceland and equal voting rights for all Icelandic citizens as well as the 50th anniversary of Iceland’s membership in the European Free Trade Association and the Reykjavik Arts Festival.

Another two stamps depicting a chick and a piglet will be issued as the fourth part of an ongoing series featuring young domestic animals.

A second pair of stamps featuring whitewater rafting and whale watching will be issued as part of a tourism series.

Lastly, another two stamps will highlight ancient postal routes, which is the theme of the 2020 “Europa” series (an annual set issued by various European postal services).

Its final stamps will be issued in 2021, after which time existing stocks – enough to last “many years” – will be used to meet demand, according to Vilhajalmur Sigurdsson, Iceland Post’s former head of philately.