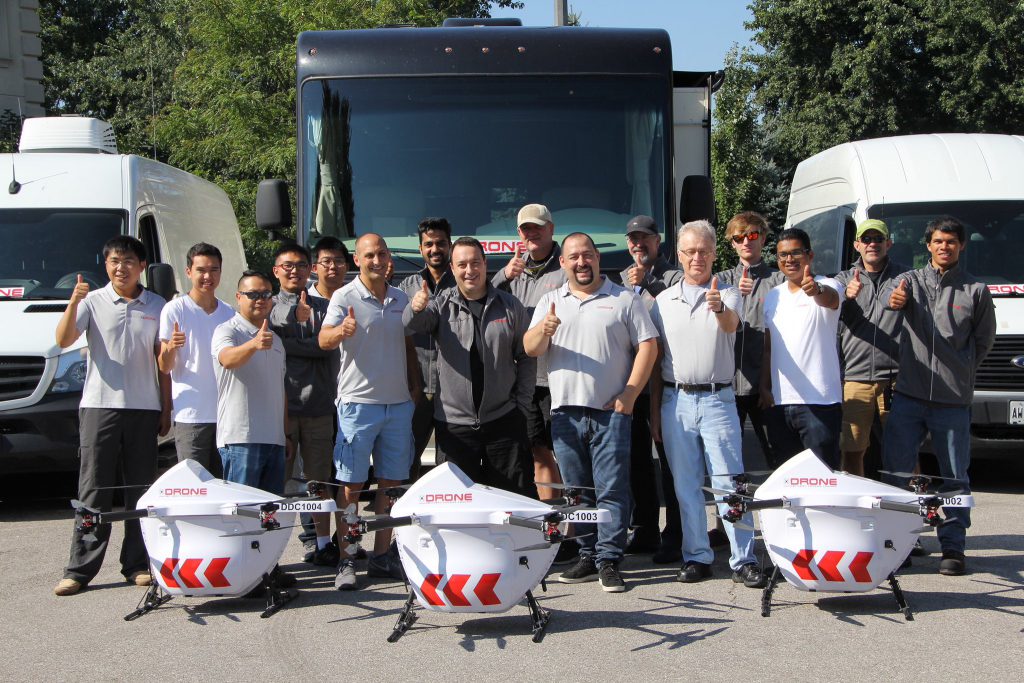 Drone Delivery Canada's 'Sparrow' aircraft will use its five-kilogram payload for the 10-minute journey across Moose River, where it bring essential goods to the mainland town of Moosonee.

The $2.5-million partnership is between the Moose Cree First Nation and Drone Delivery Canada (DDC), whose strategic advisor of commercialization is former Canada Post president and CEO Deepak Chopra. The deal will see DDC deploy its drone delivery platform in the communities of Moose Factory and Moosonee, which are about 19 kilometres south of James Bay and can only be reached by boat in the summer or a dangerous ice road in the winter.

“We have worked closely with DDC for nearly two years and see the many benefits of DDC’s Drone Delivery Technology to our community as well as many others like us,” said Stan Kapashesit, director of economic development for the Moose Cree First Nation.

“Where infrastructure is weak, or at times non-existent or accessible, DDC’s drone delivery platform is a valuable solution to connect remote communities and provide fast and efficient deliveries that were once not possible.”

The agreement is representative of the “remote communities” market, said DDC CEO Tony Di Benedetto, who added the company will roll out its commercial operations in the second quarter of 2019.

“The ‘remote communities’ market is only one segment of the overall total addressable market in Canada. In addition to Canada, DDC is working with other customers around the globe to licence our FLYTE software and drone delivery technology.”

The island of Moose Factory is in northern Ontario’s Cochrane District near the mouth of the Moose River, which is at the southern end of James Bay.

DDC’s “Sparrow” aircraft, which can carry a five-kilogram payload for its 10-minute journey up and across Moose River, will be used to transport supplies, medicine, food and mail from the mainland town of Moosonee.

In Canada, there are about 1,000 remote communities, and almost all of them face similar infrastructure and logistics challenges that contribute to a high cost of living.

DDC will “provide a cost-effective and highly efficient logistic solution to these communities to improve lives and to create jobs in Canada’s north all while reducing costs,” according to a statement released by the company earlier this year.

“With technology for drones rapidly maturing to fly farther and carry heavier payloads, the list of potential commercial applications is quite large,” said Chopra in July 2018. “With a head-start on BVLOS (“beyond visual line of sight”) testing, Drone Delivery Canada has the first mover advantage in Canada to be at the forefront of these solutions. For example, in the healthcare space, broadband access and Drones create an ideal mix in delivering tele-health for rural and remote communities.”