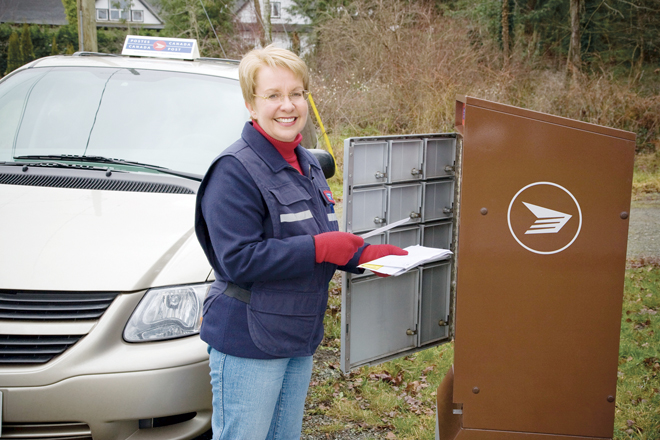 So far communities in four Canadian provinces know they will lose home delivery in 2015.

Concerns over the future of rural mail delivery has some Ontario municipalities demanding Canada Post  reconsider its plans to drop door-to-door delivery.

At a Nov. 26 Haliburton County council meeting, council endorsed a letter from the Town of Collingwood  requesting the Crown corporation reverse its decision.

Councillors also heard that its post office in Haliburton had been closed on a recent Saturday.

As reported in the Haliburton Echo, Highlands East Deputy-reeve Suzanne Partridge said it was becoming more common for post offices to be closed Saturdays. “In Bancroft, we have to go to the postal outlet at Shoppers Drug Mart,” Partridge said.

“Rural routes are next and that’s home delivery,” Partridge said, adding this would be unacceptable given the community’s high senior population and percentage of people without vehicles.

“I am not aware of the Haliburton post office being closed on a Saturday,” John Caines, Canada Post media relations officer, wrote in an email to the paper. “The Haliburton post office is open on Saturdays from 9 a.m. to noon. There are no current plans to close it on Saturday. We regularly review our retail network to ensure we are open when our customers are coming into the offices. If there are times of the day that no one is coming into the facility we do adjust the hours of operation to reflect the traffic pattern of our customers.”
According to Caines, Canada Post does not have plans to eliminate rural routes.