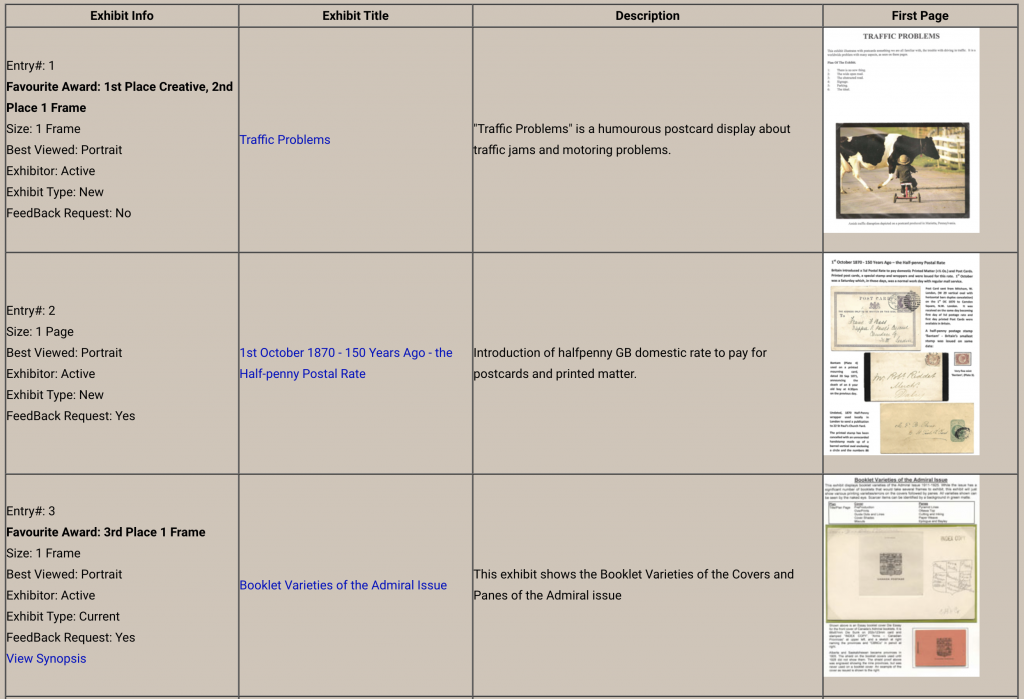 More than 40 exhibits were entered in Calvirt 2021, a virtual exhibition hosted this year by the Calgary Philatelic Society (CPS) in place of the club’s cancelled fall show.

Exhibits were accepted before Jan. 10, and beginning Jan. 20, people were invited to visit the virtual exhibition hall at the CPS website, calgaryphilatelicsociety.com. Four “Best in Show” recipients were chosen by Oregon’s Norma Nielson, who’s a nationally accredited philatelic judge in Canada, and six “People’s Choice” awards were determined via a website poll.

“So far, after 12 days, we have had over 275 unique visitors who have visited the exhibition from across the country, and in many cases multiple times in order to view the 40 exhibits,” said CPS director and webmaster Dave Bartlet, who added the survey results and judged results were released at the club’s Feb. 3 Zoom meeting.

The entries ranged in size from one page to multiple frames, with subjects covering COVID-19 to dinosaurs, classic stamps through modern issues and postcards to postal labels, according to Dave Russum, Calvirt show chair. Many of the exhibitors were CPS members but others were from British Columbia and Ontario.

The Best in Show winners include:

The People’s Choice winners include:

Exhibits will be displayed on the CPS website until at least Feb. 17, according to the club, which will also hold a Zoom meeting that day to discuss the exhibits and the group’s future plans for virtual shows.

A full story with comments from the winners and Best in Show judge Norma Nielson will be published in the next print edition of CSN.