Americover 2020 to be held in conjunction with APS StampShow 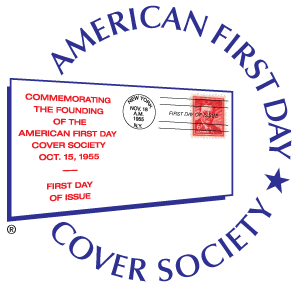 The AFDCS' Americover and the APS' StampShow will be held together in 2020.

All the familiar features that make an Americover show special will be included: there will be a strong emphasis on FDC exhibits; dealers specializing in FDCs; a pre-show tour of sites and attractions in the Hartford area; a post-show dinner; the AFDCS President’s Banquet; announcement of the annual cachet contest winners; a hospitality suite; FDC auctions; and a busy program of meetings and seminars.

“The AFDCS hopes to share the fun of Americover with the larger audience that attends StampShow, while taking advantage of all that a large convention center show has to offer,” said Americover programming chair Foster Miller. “We look forward to a successful joint show in 2020.”

Throughout the past decade, the Americover show has often been held the weekend before or after StampShow, allowing collectors to take a “road trip” between the two events; however, some could not afford the time or money to go to both shows. This arrangement solves that problem for 2020.

The AFDCS has been holding its own standalone show and convention continuously since 1992. The event’s name was changed to “Americover” the following year. It is held in a different part of the country each year.

The Americover exhibitions have enjoyed full World Series of Philately status since 2005 and emphasize exhibits with predominantly FDC.

For more information on any of the Americover shows, visit the AFDCS website at afdcs.org/show, e-mail showinfo@afdcs.org or write to PO Box 16277, Tucson, AZ 85732-6277.