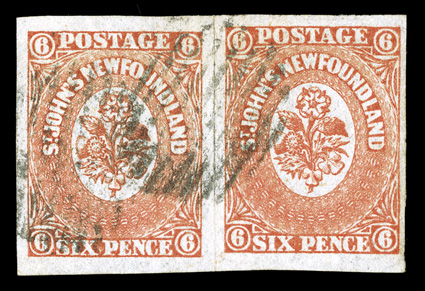 The board of directors of the Collectors Club of Chicago (CCC) has allowed nfldstamps.com—the website of John M. Walsh, expert in Newfoundland philately and publisher of the Newfoundland Specialized Stamp Catalogue—to display the digital slides of the Robert H. Pratt stamp collection.

Pratt had photographed his collection and saved them as slides, about 4,300 of which he donated to the CCC, of which he was an active member. The photographic slides were digitalized with the “unrelenting” help of Clarence A. Stillions and with the support of the British North America Philatelic Society (BNAPS). Walsh was also assisted by Andrew L. Winter to organize the images into sequential dated categories for ease of viewing.

The photographic manner of these images are as received from Pratt. The original selection had some duplication as well as some out of focus items that were since discarded. No changes to the images were made by nfldstamps.com.

The CCC is allowing the use of the slides for all viewers without charge, but the images remain the property of the CCC.

The Pratt Award, established by the CCC in 1997—two years after Pratt’s death—and is awarded annually to the author of the best article, series of articles, book or electronic presentation related to Newfoundland philately. Earlier this year, Canadian philatelist David Piercey was given the honour for three articles. The previous year, Piercey and Walsh were jointly honoured with the award.

Pratt was also named a Fellow of The Royal Philatelic Society of Canada in 1978.