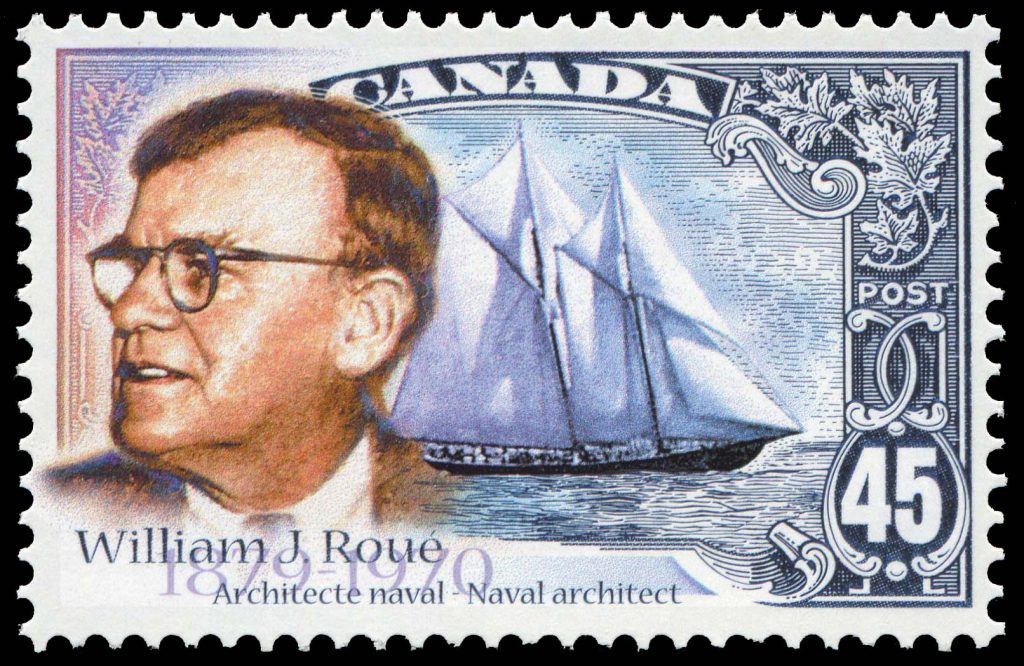 On today’s date in 1970, William J. Roué, the visionary naval architect behind the design of the iconic Bluenose schooner, died at age 90.

Born on April 27, 1879, Roué came of age in Halifax’s South End neighbourhood, where, as a child, he made and sailed 1.5-metre model boats.

“As a young school boy, he was more interested in drawing yachts than paying attention to his teachers,” reads a website dedicated to Roué’s life and accomplishments. “As a teenager, when he was still too young to become a member of the Royal Nova Scotia Yacht Squadron, he spent hours on the water studying every nuance, every secret the boats and the water could teach him until he could handle a tiller ‘like a fine violinist handled his bow.'”

After leaving school at age 17, following an argument with his teacher about the pronunciation of a nautical term, Roué enrolled in night classes in Halifax’s Victoria School of Art & Design, where he pursued “his dream of becoming a naval architect,” according to the website.

One of Canada’s most famous issues, a 50-cent stamp issued in 1929 features the Bluenose in full sail.

He created more than 200 vessel designs, including for yachts (like the Blue Dolphin schooner), ferries and two freighter fleets for Newfoundland and the Arctic. His 17th design was the Bluenose, known as the “Queen of the North Atlantic,” which was built in Lunenburg, N.S., before launching on March 26, 1921.

“Bluenose was successful in her first fishing season on the Grand Banks that summer able to carry a huge cargo of fish in her hold and still be the first back in port, collecting the highest pay. That fall, in October, she defeated her Canadian challengers in elimination races and carried on to meet the American champion in the series for the International Fishermen’s Trophy,” reads his biography on WJRoué.ca.

“‘Bluenose fever’ was rampant in Halifax, host for the 1921 series, and soon spread across Canada when Bluenose was victorious over her challenger in the first two of three races – claiming the International Fishermen’s Trophy in the first of what would be five undefeated efforts spanning through 1938.”

In 1921, Roué received a gold watch and commemorative scroll for his role in Canada’s victory at that year’s International Fisherman’s Race. 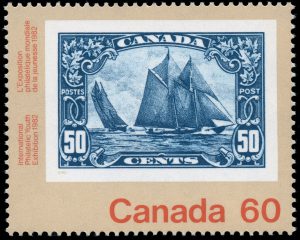 The 1929 issue is recreated on a 1982 stamp released for the International Philatelic Youth Exhibition.

In the early 1940s, the Bluenose was sold to a West Indian trading company but wrecked off the coast of Haiti several years later. A replica known as Bluenose II was launched in 1963, and in the 1970s, it was given to the Province of Nova Scotia and it became a seaborne ambassador. To this day, it continues to sail the North Atlantic.

Later, during the Second World War, Roué invented a sectional barge that could be disassembled and loaded on a ship deck before being reassembled upon arrival.

“The British Purchasing Commission for the Allied Forces War Transport bought $29 million worth of these barges built at five Maritime shipyards. The contract put more than 1,000 men back to work during the lean war years,” reads the Roué website. “Two boatyards on Nova Scotia’s south shore built 15 wooden tugs, also designed by Roué, to pull the barges which were proclaimed by U.S. General Dwight D. Eisenhower (later President Eisenhower) to be ‘the best.'”

In 1998, Canada Post commemorated Roué on a domestic-rate stamp.

Designed by Louis Hébert, of Montreal, the stamp features Roué’s portrait to the left with the Bluenose in the background, echoing the first Canadian stamp to feature the schooner—the famous 1929 50-cent issue.

In addition to the 1929 stamp, the Bluenose has also been featured on a 1982 60-cent issue commemorating the International Philatelic Youth Exhibition plus a 1988 37-cent issue celebrating the schooner’s skipper, Angus Walters.

Since 1937, the schooner has also graced Canada’s 10-cent circulation coin.

From 2017 until last summer, the Canadian Museum of History hosted an exhibition entitled “Beyond Bluenose – The William James Roué Collection,” showcasing artifacts from a collection the museum acquired in 2015.