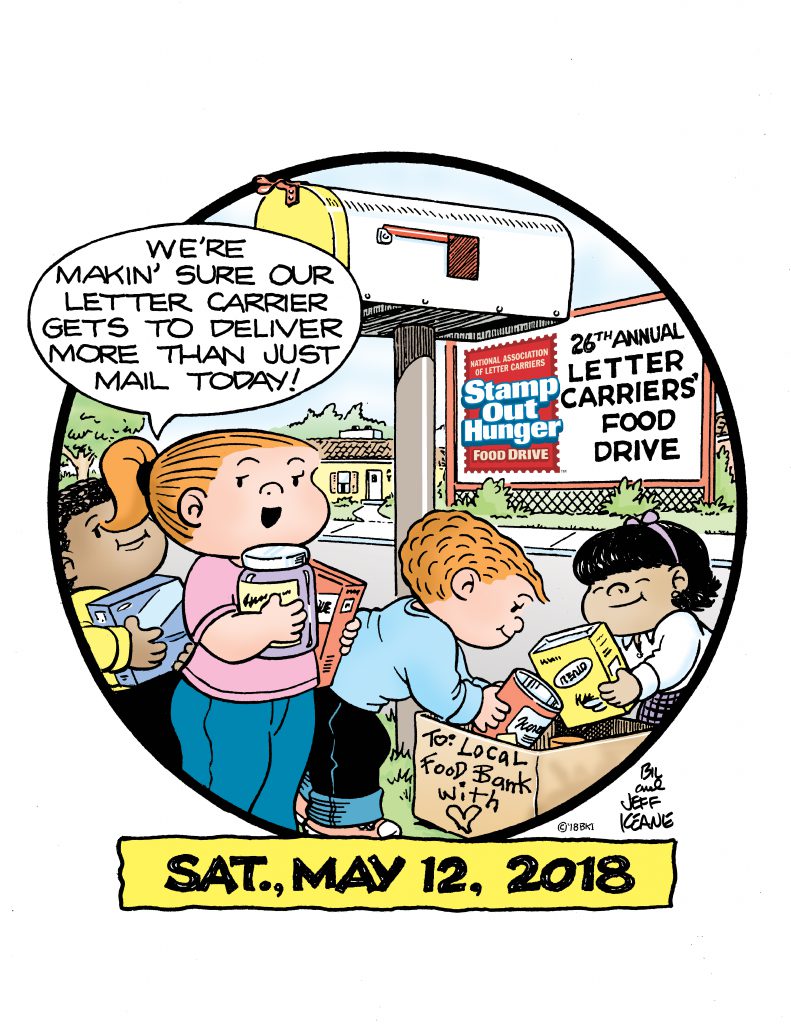 The Family Circus comic created by cartoonist Bil Keane highlights this year's Stamp Out Hunger food drive, which was held May 12 in major cities across the U.S. as well as in Peterborough, Ont.

The U.S.-based National Association of Letter Carriers (NALC) held its 26th annual national food drive, Stamp Out Hunger, on May 12.

The country’s largest single-day food drive, it provides residents with an easy way to donate food to those in need. Residents are asked to leave a donation of non-perishable goods next to their mailbox before the mail is delivered on the day of the food drive. Letter carriers then collect these donations as they deliver mail along their postal routes before distributing them to local food agencies.

“Over its first quarter-century, the food drive has only grown in importance and in impact,” said NALC President Fredric Rolando. “It’s an honour to be able to help people in need all across the United States—and to do so in a way that brings out the best in so many Americans.”

The food drive is held annually on the second Saturday in May in 10,000 cities and towns in all 50 U.S. states, the District of Columbia, Puerto Rico, the Virgin Islands and Guam. It has recently been brought to Canada with at least one city in Ontario participating in the food drive.

Hunger affects about 50 million people across the U.S. while 13 per cent of Canadians live in a state of “food insecurity,” which means they do not have reliable access to adequate amounts of safe, good-quality, nutritious food, according to Food Banks Canada.

The timing is important with food banks, pantries and shelters running low on donations from the recent winter holidays and upcoming summer months, when most school meal programs are suspended. 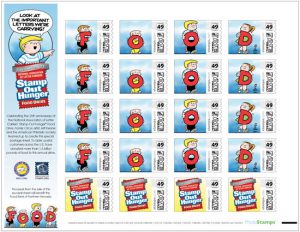 A personalized souvenir sheet printed by Photo Stamps was issued last year to mark the 25th anniversary of the Stamp Out Hunger food drive.

Last year, U.S. letter carriers collected more than 34 million kilograms of food, the third highest amount since the food drive began in 1993. That brought the total over the past quarter-century to almost 726 million kilograms.

Organizer Mike Murphy, who has worked as a Canada Post letter carrier for the passed decade, said they’re still weighing the donations and determining a total weight.

Next year, Murphy hopes to challenge other post offices in northern Ontario to participate in the food drive.